Raveena Tandon lost her Dad this morning at 3.45 am. Ravi Tandon was much more than Raveena’s father. During our conversations he would always across as well-informed and very sensible. Ravi Tandon was a successful filmmaker of the 1970s and 80s. Here is looking at his finest films. 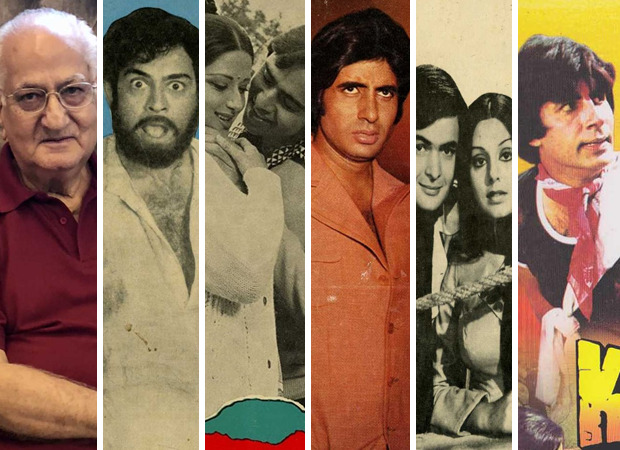 1. Anhonee (1973): Ravi Tandon turned producer-director with this eminently engaging murder thriller which starred Sanjeev Kumar as what seemed to be a mentally unstable man. But wait, there was a delicious twist in the story, which I suggest you experience for yourself if you haven’t already. With Sanjeev Kumar was the pretty Leena Chandavarkar seducing him with Lata Mangeshkar’s super hit song ‘Buddhu Pad Gaya Palley’. The hit Sanjeev-Leena pair was back in Ravi Tandon’s comedy Apne Rang Hazaar two years later. That too was a hit.

2. Zindagi (1976): Many see this Ravi Tandon directorial as a precursor to the Amitabh Bachchan-Hema Malini autumnal drama Bhagban. Sanjeev Kumar and Mala Sinha play a couple who are separated by their children who can only afford to look after one parent per home. Heart-breaking, Ravi Tandon never had to face such a situation in his real life. Raveena’s parents were blissfully together till his end.

3. Majboor (1974): Loosely adapted by superstar-writer Salim-Javed from the Charles Bronson thriller Cold Sweat (directed by Terence Young), Majboor is according to me one of Bachchan Saab’s most underrated film. He plays what else, Vijay who hatches a sinister plan to look after his family when he is diagnosed with a brain tumour. Fast paced and engrossing Majboor featured Laxmikant-Pyarelal’s superhit melodies like ‘Aadmi Jo Kehta Hai’, ‘Dekh Sakta Hoon Main Kuch Bhi Hote Huey’, and ‘Michael Daru Peeta Hai’. The last filmed on real-life teetotaller Pran.