Earning her 8th and 9th nominations for the annual Grammy Awards, sitar player, producer, film composer and activist, Anoushka Shankar has created history as the first Indian female musician to receive two nominations in one single night, with the only other two Indian music maestros to score a similar feat being A.R. Rahman and Zubin Mehta. 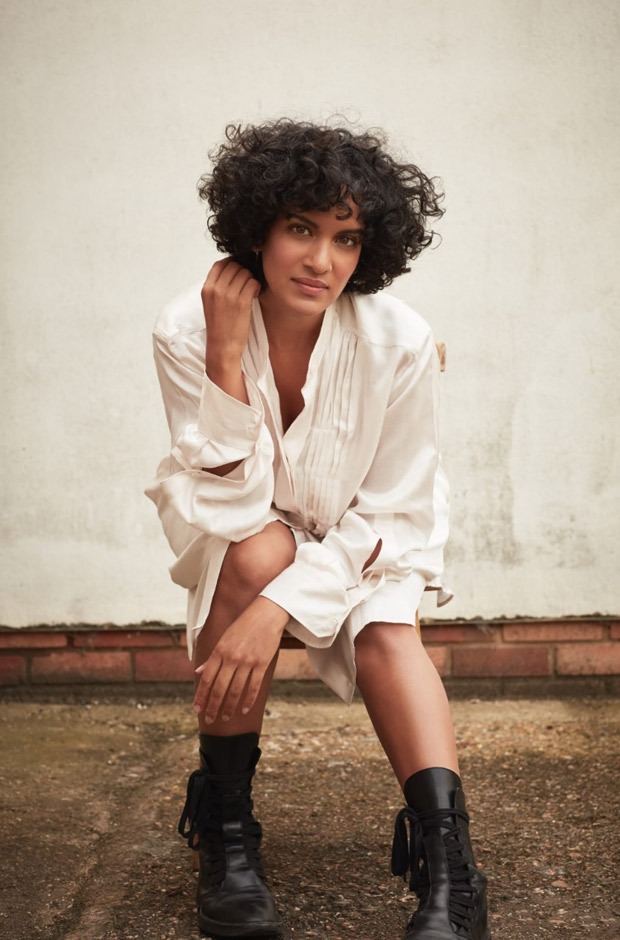 Anoushka Shankar scores two nominations for the 2023 Grammy Awards; says, “It was truly a stunning moment to realize”

For the 65th edition that will be hosted on February 5, 2023 in Los Angeles, Anoushka has been nominated in the Best Global Music Performance category for ‘Udhero Na’, her collaboration with multi-instrumentalist and singer Arooj Aftab, as well as in the Best Global Music Album category for Between Us …, her first live album since 2001’s Live At Carnegie Hall’ along with collaborators Metropole Orkest, Jules Buckley and Manu Delago.

Anoushka enjoys an extensive Grammy history; she was the first Indian woman ever nominated and youngest-ever nominee in the World Music category for her album Live At Carnegie Hall in 2002, and then went on to become the first musician of Indian origin to perform at the ceremony in 2005, serve as presenter in 2016 and perform for the second time in 2021.

In addition to her current dual nominations, Anoushka’s previous works such as Live At Carnegie Hall, Rise, Traveller, Traces Of You, Home, Land Of Gold and Love Letters have all been Grammy nominated.

An elated Anoushka Shankar shares with us, “It was truly a stunning moment to realize I had been nominated twice for this year’s Grammy Awards. I’m thrilled to have my album Between Us… recognized as I’m very proud of the music I composed on that record and I’m overjoyed to share the nomination with my collaborators too. It’s also wonderful to be nominated alongside the brilliant Arooj Aftab for our work together on her song ‘Udhero Na’. I feel so grateful for everyone’s well wishes and messages. Now for the awkward part: trying to just stay happy and grateful for the nomination and not think too much about winning! Both categories are stacked with strong music and wonderful artists so I’ll just try to enjoy this initial recognition.”

Anoushka is currently preparing for her three-city India tour in December 2022 that will see her perform in her homeland after a hiatus of 2 years, this time bringing back The Anoushka Shankar Project which has been performing live since 2007. Featuring are British electronic musician Gold Panda (aka Derwin Decker), clarinettist Arun Ghosh, Carnatic percussionist Pirashanna Thevarajah, drummer Sarathy Korwar and upright bassist Tom Farmer.

A noteworthy first; Anoushka is expected to present and perform the world premiere of a reimagined version of her 2013 track In Jyoti’s Name. Titled ‘In Her Name’, the song features a poem by acclaimed poet Nikita Gill and releases on the 16th of December 2022, which marks the 10th anniversary of the horrific gang-rape of Jyoti Singh Pandey. The reimagined version is a rallying cry in her memory, and in the memory of so many others who have suffered similar tragedies in the ten years since then.

Recently, Anoushka’s latest album Between Us… which arrived via Nils Frahm’s LEITER label in July earlier this year was performed at the Barbican, London to a full house on October 15. Embracing the spirit of collaboration for which the celebrated sitar player is often known, the album features regular collaborator – and master of the Hang a.k.a. hand pan – Manu Delago alongside Holland’s Metropole Orkest, directed by conductor and arranger Jules Buckley, the renowned orchestra’s honorary conductor since 2020. The album was recorded in 2018 during a short run of shows in the Netherlands and is her first live album since 2001’s Live At Carnegie Hall. It gleans material from her four solo albums, 2005’s Rise, 2013’s Traces Of You, 2015’s Traveller and 2016’s Land Of Gold – but also features the previously unreleased track Jannah. The album comprises of Anoushka’s compositions reinvented in a gloriously modern and new orchestral space.

Kourtney Kardashian Embraces Her Curves In A Silver Mesh Crop Top & A See-Through Skirt, Making Us Sing “I Like Big B*tts & I Can Not Lie”

Kourtney Kardashian Embraces Her Curves In A Silver Mesh Crop Top & A See-Through Skirt, Making Us Sing “I Like Big B*tts & I Can Not Lie”

EXCLUSIVE: Rishab Shetty on the scream of Daiva Kola from Kantara: It's an emotion

Asha Parekh Gets Trolled For Her Take On Clothing Choices Of Indian Women, Gets Exposed Over Wearing Western Clothes