Following the release of his sophomore album Jack In The Box back in July 2022, BTS’ J-Hope has done his first featured collaboration. He stars in the music video of South Korean rapper-producer Crush. Titled ‘Rush Hour’, the rapper unveiled the music video on Thursday. 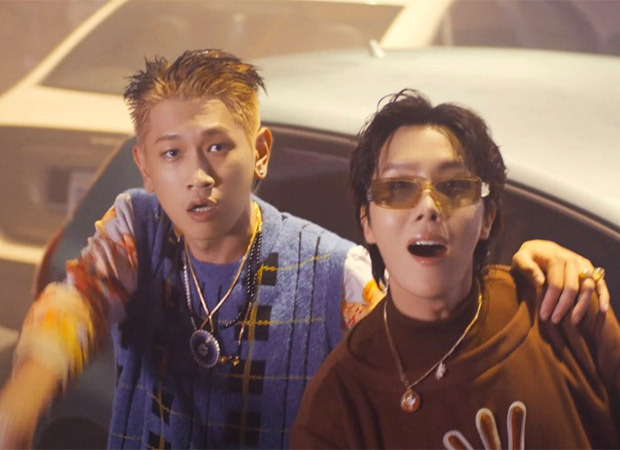 Composed by Crush, Sojin Hong, the lyrics are penned by Crush, J-hope, and PENOMECO, the music video has an old-school vibe with the synth melodies in combination with the two styles of rap flows. Through this music video, Crush celebrates his first comeback in two years after completing his military enlistment. Embracing the love for music and he has finally arrived, he raps, “Yo, I’ve been / Walking on the street, yo / From UN village to Hangangjin Station / Passed Itaewon over the hill / Honking nonstop once I hit the road after work / It’s been 2 whole years of this / Held my tongue for way too long / Set my destination to the studio, ’cause I can / This is Crush hour, get out the way, ayy.”

Bring his charm through his feather-like dance moves, J-Hope narrates his journey in his rap parts by saying, “Yo, I’ve been walking on the streets, yo / From Seoul Forest and around the block / But wherever I go now, it’s a red carpet feel, yo / Cameras snapping wherever I go, like flash-flash / Crowds of people, feels like traffic / The future I’m envisioning isn’t even insured / Y’all trippin’ / Whole lotta freaks / And now Crush hour / Imma just follow his lead.”

Talking about his collaboration with J-Hope, Crush said in a statement, as translated by Korean media portal Soompi, “J-Hope and I had been talking a lot about music before. While I was preparing for this new song, I learned that the musical direction I was looking at and the parts I relate to are similar to those of J-Hope. So I suggested to J-Hope that we work together, and that’s how he agreed to take part by featuring [in the song]. I was thinking that J-Hope would suit this song better than anyone else, so I really wanted to work with him, but I think we created synergy in many ways.”

“J-Hope worked so hard on recording to the extent that he was sweating profusely, and he didn’t even go to the bathroom. Throughout the recording, J-Hope was like, ‘Let me do it again. I can do it better. One more time please!’ Looking at him, I thought that he isn’t where he is today for nothing, and I really respect him as an artist,” he added.

He continued, “J-Hope even willingly appeared in the music video. When I became physically very low on energy from filming my dancing scenes, he stood by my side and tried to cheer me up. Also, I was so grateful for him when he helped monitor and provided coaching.”

Back in July 2022, J-Hope released his solo album Jack In the Box with the official music videos for two main tracks. The dual main tracks “MORE” and “Arson” unfolded j-hope’s authentic stories, from his pure passion to inner shadow and agony that prove his growth. The album also carries on the essence of BTS who have been validating themselves through music.

J-Hope, the South Korean rapper, dancer, songwriter, and music producer, last headlined Lollapalooza back in July 2022. He made history by becoming the first Korean artist to ever headline the festival.

Cristiano Ronaldo, Kylie Jenner Top The List Of ‘Highest-Paid Celebrities’ On Instagram, Virat Kohli Is The Only Indian Making It To Top…