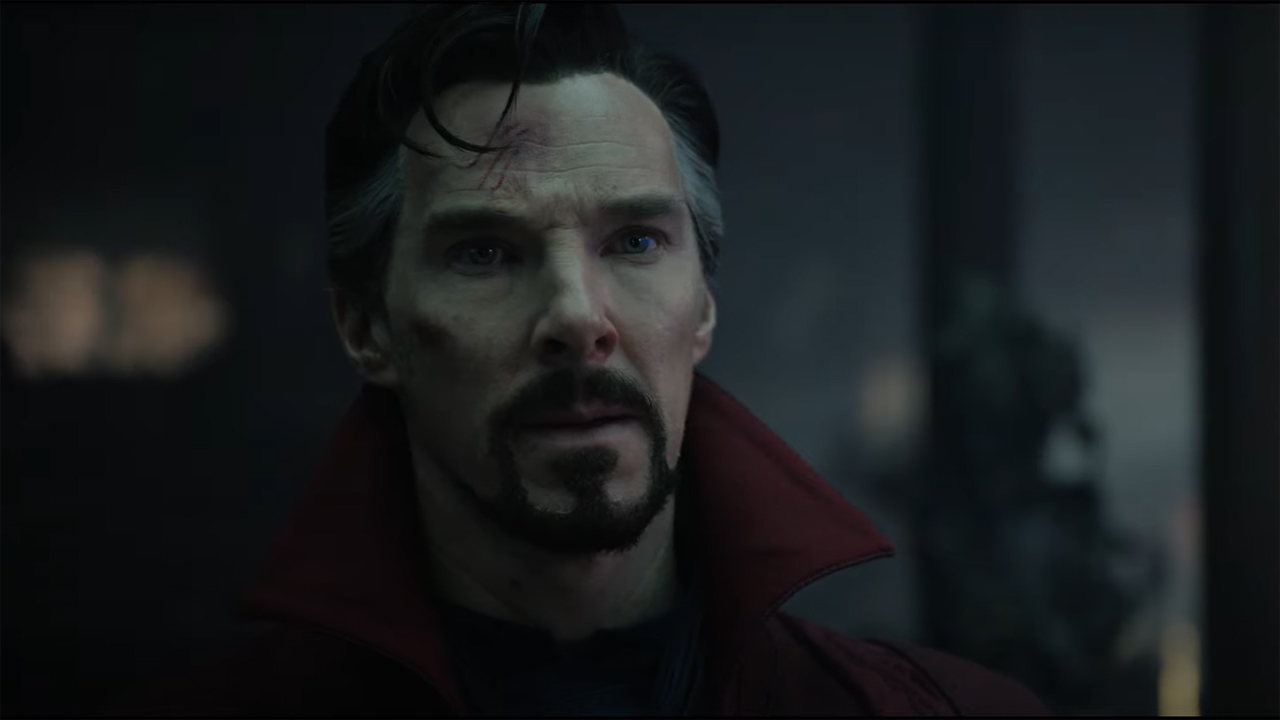 Major spoilers follow for Doctor Strange 2. You have been warned.

Doctor Strange in the Multiverse of Madness has finally landed in theaters. And, obvious as it is for us to say, we imagine you have plenty of questions about what you’ve just watched on the big screen.

The latest Marvel movie is a surreal, horror-infused multiversal adventure with many moving parts. For one, there are character cameos from other Marvel superhero film franchises. If you’re interested in reading about every one who turns up in Doctor Strange 2, check out our full cameos guide.

Meanwhile, there’s the continuation of plot points sets up in previous Marvel Cinematic Universe (MCU) projects like Spider-Man: No Way Home, WandaVision, and Loki, a fair degree of action, and teases for Doctor Strange’s next solo movie.

Your head may be in a spin, then, after taking in Doctor Strange 2. Based on the above, we’d be surprised if it wasn’t. Luckily for you, though, we’re here to help. Below, we run through everything worth knowing about the ending of Doctor Strange in the Multiverse of Madness. That includes its mid-and post-credits scenes (and their cameos), which character survive to end of the film, how its sets up another Marvel Phase 4 project, and more.

It goes without saying that you shouldn’t read past this point if you’re yet to see Doctor Strange 2. We’re diving into huge spoiler territory from now on, so turn back now unless you’ve watched it. But be sure to bookmark this page and return once you’ve seen the movie.

Despite its two-hour runtime, Doctor Strange 2’s plot gets through a lot. So let’s break down what actually occurs during its finale, plus any important events leading up to it.

Ahead of the film’s third act, Doctor Strange, America Chavez, and Earth-838’s version of Christine Palmer go in search of the Book of Vishanti, a supremely powerful and magical tome that has the power to gift sorcerers whatever abilities, spells, and other magic that they require. This is the same book that Defender Strange and Chavez tried to reach in the movie’s opening sequence as they attempted to defeat Gargantos.

With Wanda Maximoff/Scarlet Witch consumed by the Darkhold – the book of unspeakably evil power – it seems that the Book of Vishanti is the only way that the trio can stop her from tearing the multiverse apart. Their quest, though, is in vain. Just as they reach the Book of Vishanti, Scarlet Witch catches up with them. You know, after she’s brutally murdered the Illuminati. You can read more about them in our separate cameos article, which is linked above.

She destroys the Book of Vishanti, captures Chavez, and sends Doctor Strange and Christine through one of Chavez’s multiverse portals into a different dimension. All Scarlet Witch needs to do now is steal Chavez’s multiverse-traversing powers (killing Chavez in the process), track down her kids Billy and Tommy in an alternate universe, and be reunited with them forever. Oh, and hold dominion over the multiverse, just in case she needs to escape with them to another reality if her children are ever in danger.

Meanwhile, Strange and Christine land in one of the universes that Supreme Strange – Earth-838’s version of Doctor Strange – inadvertently destroyed during his Incursion Event. As a reminder, Incursion Events occur when someone uses the Darkhold to travel between two universes, causing them to collide with one another, and destroying both (and killing trillions) in the process. Supreme Strange had used the Darkhold at some point, which led to an Incursion Event between two universes that he had visited. After The Illuminati defeat their universe’s version of Thanos, the rest of the superhero group’s members vote to kill Supreme Strange as he’s considered a threat to the multiverse. Reluctantly, Black Bolt terminates Supreme Strange with his quasi-sonic scream.

Long story short, Sinister refuses to hand over his Darkhold. He also says that, because he didn’t win the hand of Christine in his universe and get his happy ending, he has vowed to kill every other Strange variant. The pair fight and the MCU’s Strange winds up killing Sinister Strange.

Doctor Strange uses the Darkhold to dreamwalk, i.e. the process that allows a sorcerer to possess (or astral project into) a variant of themselves in another universe. He places his consciousness in the corpse of Defender Strange – the Strange variant who died during the film’s beginning and inadvertently traveled to the MCU with Chavez via the latter’s multiverse portal. With Christine’s help, Doctor Strange uses the Souls of the Damned – evil spirits that try to drag sorcerers to their doom – to bolster Defender Strange’s magical abilities, allowing Defender Strange’s undead body to travel to Mount Wundagore and stop Scarlet Witch.

At Chthon’s tower on Mount Wundagore (the birthplace of chaos magic and where the Darkhold’s multiple spells were transcribed from), Scarlet Witch begins to steal Chavez’s powers. However, she’s interrupted by Defender Strange and Wong – the latter having survived his fall and climbed back to the mountain’s summit. The pair defeat Scarlet Witch’s demonic henchmen before battling Scarlet Witch and, after they briefly incapacitate her, Doctor Strange (through Defender Strange) delivers a confidence-boosting speech to Chavez to use her powers without fear.

Breaking free of Strange and Wong’s prison, Scarlet Witch immobilizes them, setting up a showdown with Chavez. The pair briefly duel until Chavez realizes that she can only beat Scarlet Witch one way. She opens a multiverse portal to the universe where Scarlet Witch had previously dreamwalked as that universe’s version of Wanda, who is the mom of Billy and Tommy in that dimension.

Shocked at Scarlet Witch’s arrival, this universe’s Wanda tries to protect Billy and Tommy but is attacked by her counterpart. A terrified Billy and Tommy lash out at Scarlet Witch before cowering in fear. Scarlet Witch realizes that she’s become a monster and, after the Wanda variant comforts her, she tearfully leaves. Scarlet Witch returns to Mount Wundagore and, consumed by guilt, tells Wong and Chavez that she must atone for her sins. The duo leave through a multiverse portal as Scarlet Witch destroys Chthon’s castle, seemingly killing herself in the process and eradicating all traces of chaos magic from the multiverse.

His dreamwalk having ended, Doctor Strange makes his peace with Christine’s Earth-838 variant. Chavez and Wong show up to drop Christine back in her universe, before the duo and Strange return to their reality. The trio make their way to Kamar-Taj, where Wong oversees Chavez’s training in the Mystic Arts. Strange departs for the Sanctum Santorum, but not before he and Wong share a heart-warming moment about whether they’re both happy with their lot in life.

In the present, Strange fixes his broken watch and heads out into New York. However, and a sharp pain spreads throughout his head and Strange falls to his knees screaming as numerous people look on. Strange looks up to the camera as a third eye appears in the middle of his forehead. Cut to black, roll credits, etcetera.

The first Doctor Strange in the Multiverse of Madness’ post-credits scene is a delightful and comic book fan service-y one.

After the first lot of credits roll, we see Stephen Strange walking down a street in New York. Someone calls out to him and, after he turns around, we see none other than Charlize Theron (Mad Max: Fury Road, Fast and Furious) – in a purple and black ensemble – standing a few yards away.

Theron’s character – Clea – tells Strange that she tracked him down as he’s caused an Incursion Event and says the pair are going to fix it. She conjures a purple-colored magical weapon to tear a hole in the fabric of reality, which leads to Dormammu’s domain, aka the Dark Dimension. Remember, Doctor Strange traveled to Dormammu’s realm to bargain with him in Strange’s first solo Marvel movie.

Clea tells Doctor Strange that he needs to follow her to overturn the effects of the Incursion, which he agrees to. Strange’s third eye appears on his forehead again and the pair enter Clea’s portal before the screen cuts to black.

So, who is Clea? In short, she’s a fellow sorcerer who has major ties to Dormammu. In the comics, Clea is the daughter of Prince Orini (the son of the Dark Dimension’s former ruler) and Umar, Dormammu’s sister. So we guess you can say she has personal reasons for traveling to the MCU’s Dark Dimension and discussing matters with Strange and her interdimensional, universe-consuming uncle.

In Marvel’s source material, Clea is initially a disciple of Doctor Strange’s, who trains her in the Mystic Arts. The pair become lovers and eventually marry. Later on in the comics, Clea returns to the Dark Dimension to become its Sorceress Supreme. And, after Strange dies fighting the Three Mothers, Clea even assumes the mantle of Sorcerer Supreme in the comics’ main universe, aka Earth-616.

It’s unclear if Clea’s MCU arc will be similar to (or differ from) her comic book counterpart, but we suspect that she’ll play a major supporting role in Doctor Strange’s third solo adventure. Leaked concept art had previously suggested she’d appear in Doctor Strange 2, too, so it’s very cool to see her do so.

Even so, it may be a while before Strange returns for another MCU movie – star Benedict Cumberbatch has told IGN that he’s taking a break from acting and isn’t sure when he’ll return. Despite the sheer number of Marvel films on the way, here’s hoping it won’t be too long of a wait.

In it, we’re reunited with Bruce Campbell’s Pizza Poppa, the street vendor who encountered Doctor Strange and America Chavez after they arrive on Earth-838.

After a couple of final hits, the spell finally wears off. Relieved, Pizza Poppa laughs before, in a fourth wall breaking moment, stares directly at the camera (a clear nod to director Sam Raimi’s Evil Dead film series) and makes a quip. Unfortunately for Evil Dead fans, though, Campbell doesn’t say “groovy” – a move that would’ve gone down far better with us than what Campbell actually says. Still, it’s a funny scene nonetheless, even if we’re unlikely to see Pizza Poppa again in the MCU.