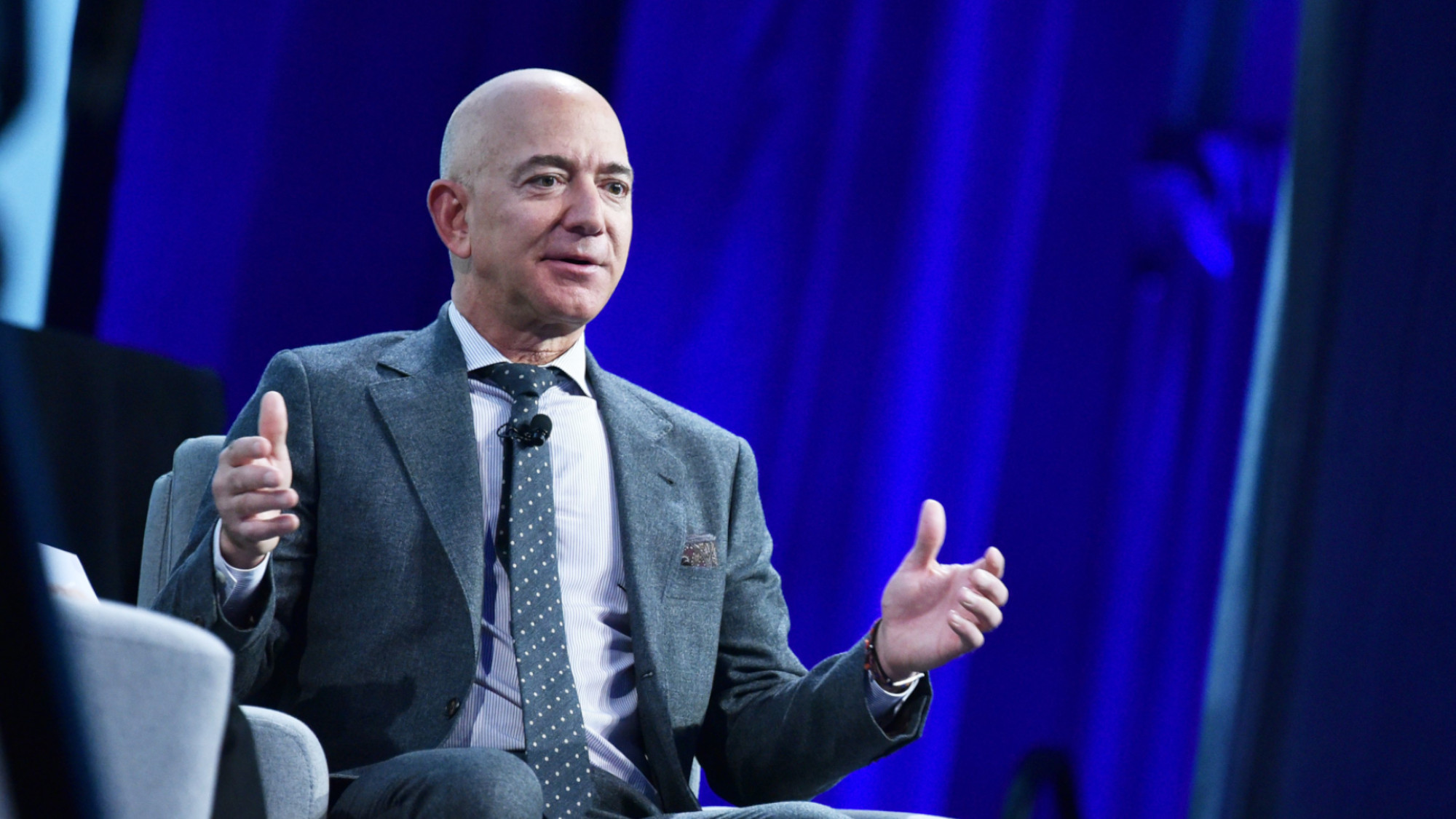 In an interview with CNN (via the Telegraph), Bezos was asked whether people should “batten down the hatches” in increasingly difficult economic circumstances, to which he replied:

“My advice to people is take some risk off the table. If you’re an individual and you’re thinking about buying a new large-screen TV, maybe slow that down. Keep that cash, see what happens. Same thing with a refrigerator or a new car, or whatever.”

So, Jeff Bezos – the founder of Amazon – is advising people to hold onto their cash as we head into Black Friday and Cyber Monday.

It’s not a ground-breaking statement by any stretch of the imagination, but its timing is interesting considering it’s coming from the founder of the largest online retailer worldwide just as we’re about to hit the biggest shopping event of the year. For consumers, this is usually a great time to save money on a big-screen TV, but Bezos’ comments don’t exactly paint a pretty picture for the economy as a whole.

Doom and gloom this Black Friday?

Spiraling energy costs and inflation have put the pinch on shoppers’ wallets this year, with many looking to reel in previously care-free purchases. Bezos’ statements are likely to ring true for many – even if they are a little obvious.

Amazon, like many other retailers, is facing a much more difficult trading environment this year versus the relative boom times during the pandemic.

As reported by the Telegraph, the retailer lowered its predicted sales expectations for the fourth quarter of 2022 from $155Bn to between $140 and $140bn. It was also announced this week (via the BBC) that the retail giant is looking to cut 10,000 jobs from its global workforce of 1.5 million – around 3% in total.

While Amazon isn’t the only tech giant laying off employees right now (Meta has announced 11,000 layoffs; Twitter 3,000), it’s not likely that Bezos’ advice for Black Friday shoppers was welcomed by everyone working at the retail giant.

What does this actually mean for shoppers?

For the record, we agree with the advice from Jeff Bezos. It’s incredibly prudent that you spend your money wisely, and doubly so if there’s potential for an economic downturn.

We wouldn’t, however, simply write off Black Friday this year if you’re looking for a bargain. If demand is lower, retailers will need to compete for shoppers more intensely, and therefore we could see some very compelling offers on tech.

We’ve covered the Black Friday deals for many years now, and generally speaking, when there’s been intense demand (like the previous two years) the offers have been of lesser quality.

So, if you did want a big-screen Black Friday TV deal, you’re likely to have plenty of excellent value options to pick from this year. In regards to spending your money prudently, we’d highlight the value of research – in particular, checking tech review sites like ours for unbiased, no-nonsense overviews of products.

If you’re trying to make your money go further, you can also cut out any sub-par options by reading our guides to the best TVs or best laptops for example. You can also bookmark our main Black Friday deals page for up-to-date recommendations on what’s actually worth buying this year.

EXCLUSIVE: Anjali Menon on OTT release for Wonder Women: That kind of thing is not easy to put out in theatre

Priyanka Chopra was a workaholic in her 20s: 'Learnt importance of family, friends in 30s'