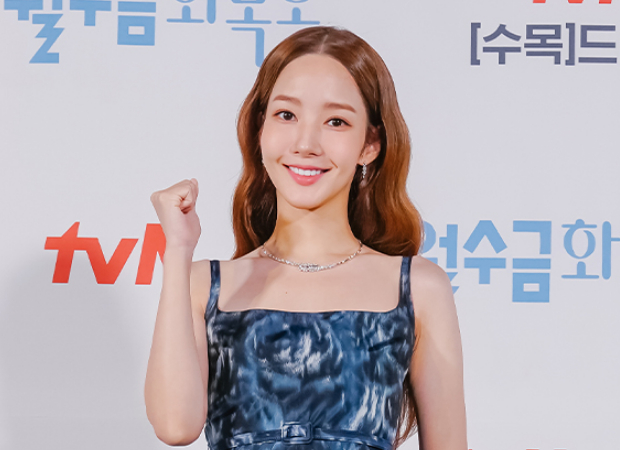 Love in Contract star Park Min Young is ‘thankful’ on being called ‘rom-com goddess’; wanted to grow with roles that suit her age

For years, Park Min Young has been referred to as a ‘rom-com goddess’ with several hits under her name including What’s Wrong with Secretary Kim, Her Private Life, Healer, and When the Weather Is Fine among several K-dramas. Talking about the pressures of having the title of ‘rom-com goddess’, the actress said that she is thankful for the honour. “Rather than pressure, I feel more thankful. As an actress, receiving a title is an honour. Instead of feeling burdened, I focused on thinking about what I could do to showcase a character within a rom-com who gradually grows in a way that suits her age,” Park Min Young said in Korean at the press conference, as translated by Korean media portal Soompi.

Her last series was Forecasting Love and Weather which was an office romance drama starring Song Kang. The actress admits she became a little greedy about wanting to do a strong female lead role but also said that it did take a toll on her. “It was a project for which I had a lot of lines and received a lot of mental stress. When I saw this script, I got greedy thinking that I wanted to play and laugh while filming. I’m so happy to return to a set where [my character] can laugh again,” she added.

Speaking of the characters, “Park Min Young will star as professional wife-for-hire Choi Sang Eun who finds herself caught between Jung Ji Ho (Go Kyung Pyo)—with whom she has a long-term exclusive contract for Mondays, Wednesdays, and Fridays—and new client Kang Hae Jin (Kim Jae Young) who signs a contract with her for Tuesdays, Thursdays, and Saturdays.”

According to the media portal Korea JoongAng Daily, Choi Sang Eun has the seeming perfect image of a working woman, successfully balancing her work life with her private life. She has her own know-how on living life as an unmarried woman in modern society, which is how she helps her clients in the matchmaking business.