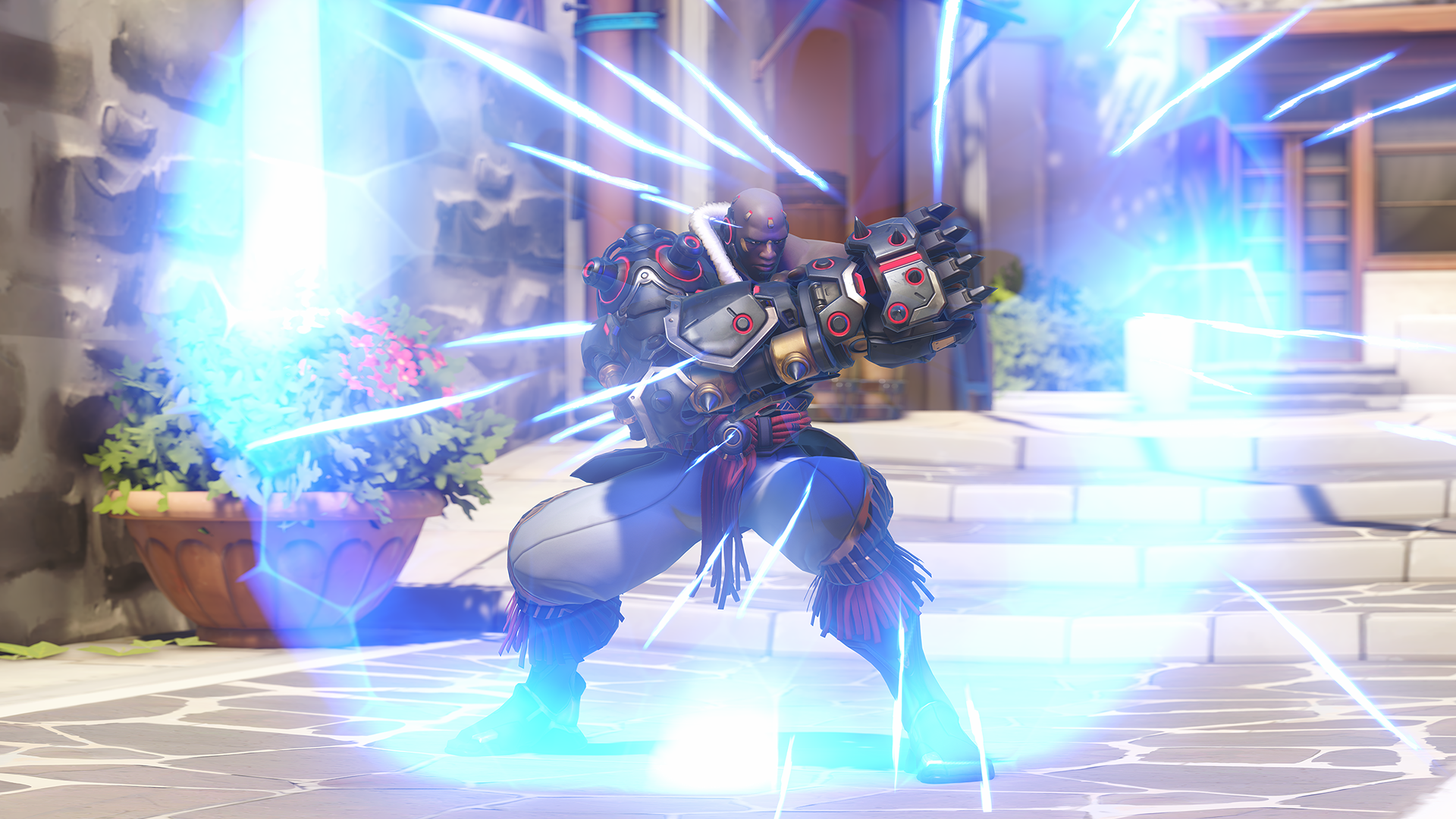 It turns out that Ramattra isn’t happy with just being the best tank in Overwatch 2. With his impressive set of abilities, he seems set to replace Doomfist altogether.

There was a ton of exciting information announced for Overwatch 2 during the Overwatch 2 x Korea conference (opens in new tab). Commercial director John Spector revealed that “we expect the next hero to be a support hero”, but he also revealed Ramattra’s impressive abilities.

These abilities include the much-anticipated Nemesis form, which allows Ramattra to turn into a Tasmanian Devil-esque whirlwind of punches. Not unlike a certain other fist-centric tank hero.

“I compared the Nemesis form to Doomfist”, Spector said, “Ramattra is a hero who strikes repeatedly”. I can see it now; Doomfist is charging up his rocket punch as I’m cornered in a small room with no escape. It’s like shooting fish in a barrel as he releases the fully charged punch straight into my chest, leaving me stunned and unable to move; I’m easy pickings after that. Remember to picture that horrific scene when you watch Ramattra’s shockwave punch annihilate shields and enemies alike.

There is another similarity in Ramattra and Doomfist’s defense. In Nemesis form, right-click will temporarily slow Ramattra down but significantly increase his defense. This mirrors Doomfist’s power block ability that can also block damage while slowing the hero down. However, Doomfist can charge his rocket punch through blocking damage.

Essentially Ramattra has two of Doomfist’s four abilities, and the remaining two aren’t massively special; I wouldn’t copy them, either. Ramattra’s features are simply better, and it’s all thanks to his dual forms.

Doomfist has one job; he’s built to dive into fights, inflict damage, make space, and then quickly exit. While can be great for creating an opening in the opposing team’s defense, a dive tank is notoriously bad at protecting their team. Whereas Ramattra can play dive tank in his Nemesis form and then also change into his omnic form that follows the rules of a main tank. Essentially, this means Ramattra can shield himself and his teammates, so he doesn’t need to disengage from fights.

It hasn’t been easy for Doomfist players, first with the transition to the tank life, and now with the introduction of Ramattra making things worse. Players have had to relearn how to play Doomfist once already, and while some have mastered what it takes to play Doomfist as a tank, there is still uncertainty around his abilities and how to make him useful to a team. With the arrival of Ramattra, Doomfist either needs to find a new role in the team, or he simply won’t be picked for Overwatch 2 teams at all.

Despite Spector’s insistence that “the two heroes [Doomfist] and Ramatra can be differentiated”, it may not look like that to players who have to choose between the tanks. When Ramattra rocks up on December 6 with Doomfist’s abilities, players may not need much persuading to pick the omnic over the frontline fighter.

EXCLUSIVE: Sidharth Malhotra and Rashmika Mandanna’s Mission Majnu to release on Netflix on THIS date

Asha Parekh Gets Trolled For Her Take On Clothing Choices Of Indian Women, Gets Exposed Over Wearing Western Clothes

India Lockdown: Prateik Babbar On Taking Up The Film, “I Was In Tears When I First Read The Script”

India Lockdown: Prateik Babbar On Taking Up The Film, “I Was In Tears When I First Read The Script”

Arjun Rampal celebrates his 50th birthday on a yacht with girlfriend Gabriella Demetriades, see INSIDE pics

“Janhvi Kapoor & Orhan Awatramani Are Poles Apart” & Not Dating Each Other But Is She Reconciling With Ex-Boyfriend Shikhar Pahariya?

Rubina Dilaik Says, “Misconception About The Conception” Reacting Hilariously To Her Pregnancy Rumours

Yami Gautam is a sight to behold in Anita Dongre’s red bandhani saree worth Rs.56K for The 53rd International Film Festival of…