Tom Hardy has lived up to his fully fledged action star reputation entering a Martial Arts tournament unannounced over the weekend and taking home gold. Hardy was a surprise competitor at the 2022 Brazilian Jiu-Jitsu Open Championship in Milton Keynes, England. The actor entered the competition under his real name, Edward Hardy, and won the gold prize. 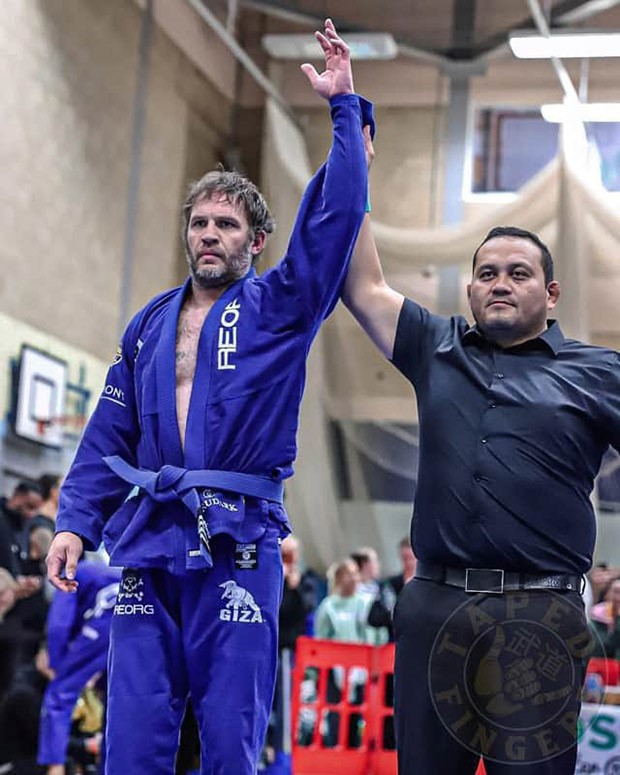 “Everyone recognized him, but he was very humble and was happy to take time out for people to take photographs with him,” a spokesperson for the event said. “It was a real pleasure to have him compete at our event.” According to a report by Variety, Hardy faced off against martial arts veteran Danny Appleby in the tournament’s semi-final match calling the Oscar-nominated actor a “genuinely a really nice guy.”

“I was shell-shocked,” Appleby said about Hardy’s showing up to the event unannounced. “[Hardy] said, ‘Just forget it’s me and do what you would normally do.’ He’s a really strong guy… You wouldn’t think it with him being a celebrity. I’ve done about six tournaments and I’ve been on the podium in everyone. But he’s probably the toughest competitor I’ve had — he certainly lived up to his Bane character, that’s for sure.”

Mohamed Itoumaine, who was tournament spokesperson and referee, told CNN that Hardy had agreed to take part in the competition after winning gold in another championship held in Wolverhampton in the UK last month. “I was really excited and impressed because he told me at the championship that ‘I’m coming to yours next’ and kept his word,” Itoumaine said. “It is very hard to get a famous person to come to a local competition because their schedules are so busy.”

“Hardy is a legit blue belt,” Itoumaine further shared. “It takes dedication and hard work to reach that level. He is technically, physically, and mentally skilled. He is someone that wants to win in the best possible way, which is making his opponent submit and tap out.”

Hardy is currently preparing to film the next installment of the Venom franchise. He is also starring in Havoc, an upcoming Netflix action movie from The Raid director Gareth Evans.

Cristiano Ronaldo, Kylie Jenner Top The List Of ‘Highest-Paid Celebrities’ On Instagram, Virat Kohli Is The Only Indian Making It To Top 14 & His Per Post Fees Is Jaw-Dropping

Cristiano Ronaldo, Kylie Jenner Top The List Of ‘Highest-Paid Celebrities’ On Instagram, Virat Kohli Is The Only Indian Making It To Top 14 & His Per Post Fees Is Jaw-Dropping

McIntosh makes the most gorgeous Bluetooth speaker I've ever seen

Google wants to kill off Dolby Atmos and Vision with free versions, but it could be too late

Google announces a new way to search, alongside a better look for translating text